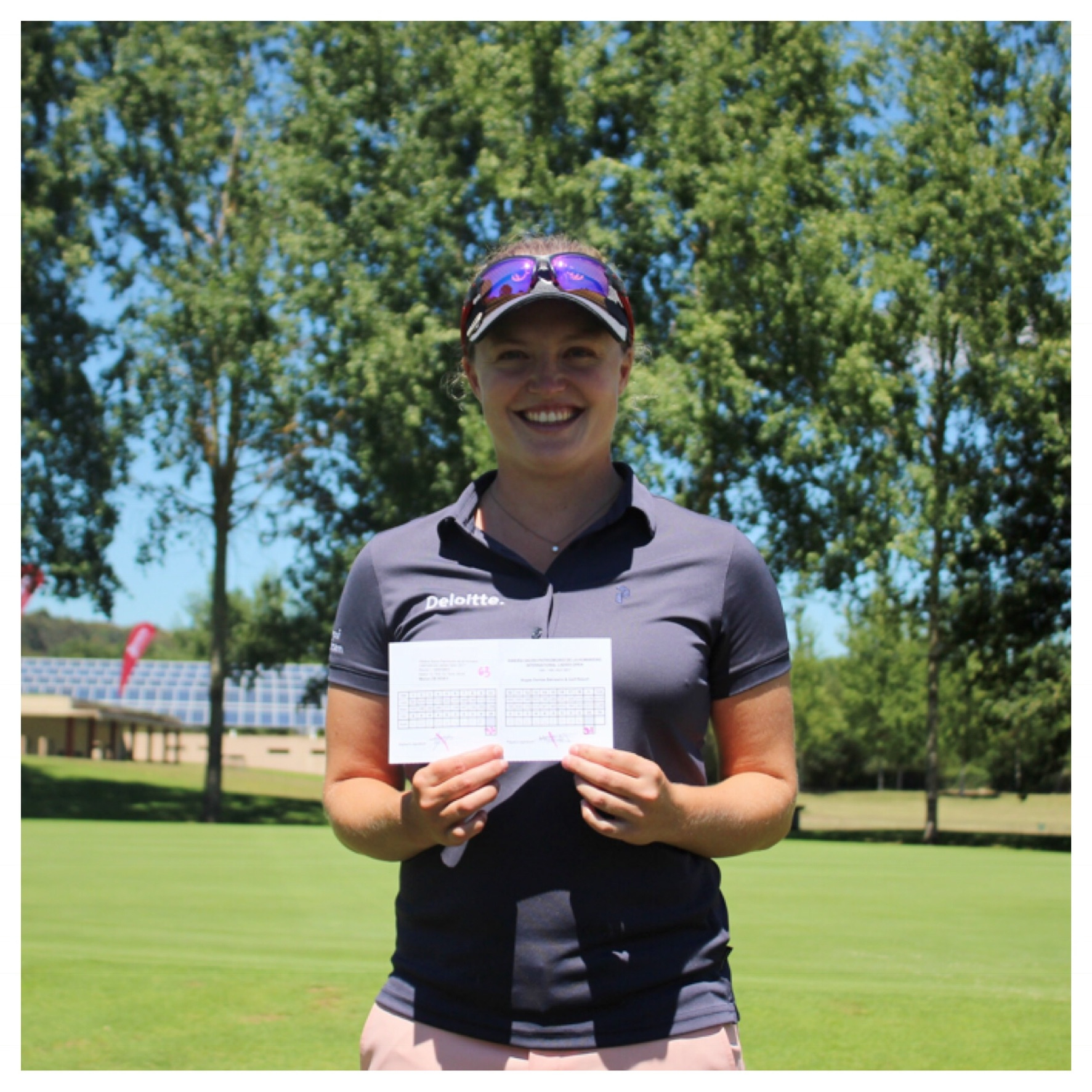 Time for another update. Since the last time I talked to you I have played 5 tournaments and I had some very interesting turns in some of these competitions.

I drove to Czech Republic for the first tournament. I was in a pretty good position after the 2 first rounds. Unfortunately, due to a fire in the club storage, the third round was canceled because some girls clubs were damaged. But anyway, happy that everyone was safe! While the first 3 girls played a 3 hole play off to decide a winner, I didn’t get a chance to move up the leaderboard.
Next up was my home tournament at my home golf club Rinkven. There are positive and negative sides on playing at home. Personally, I think it is a little harder because people expect a lot from you. It was probably not the week I hoped for playing for home crowd but proud of the way I handled myself throughout the tournament. Also, thank’s to everyone that came out to watch me.

After Belgium I left straight for Spain to play the next Access Event. Some really excited stuff happened here. I had a very strong first round to start the tournament. Although I’ve shot 7-under before, breaking the course record was the first time. Didn’t finish that strong but its always hard to copy the first round the next day.
Next up was Sweden were the weather was a challenge. First round I had to come inside because of thunderstorms and had to finish the next day. First two rounds were steady but during the last round I had a hard time to keep the focus because I had to come in again for 2 hours of heavy rain.
Recently, i played the LetAccess event in Bossey. Excellent and well organized tournament on a great location. Played very solid on this very challenging course with difficult greens. After this finish I ended up 8 in the order of merit with little difference to the top 5. Top 5 will get full playing right on the LET! So pretty exiting position. 2 tournaments to go (UK & Valencia) So please cross fingers for me. I also reached my lowest position on the world ranking and I’m very close to the top 500. Missed this year almost no cuts, So things are going pretty well.

Now its time for a little break.

Talk to you soon and lets hope with good news at the end of the season.