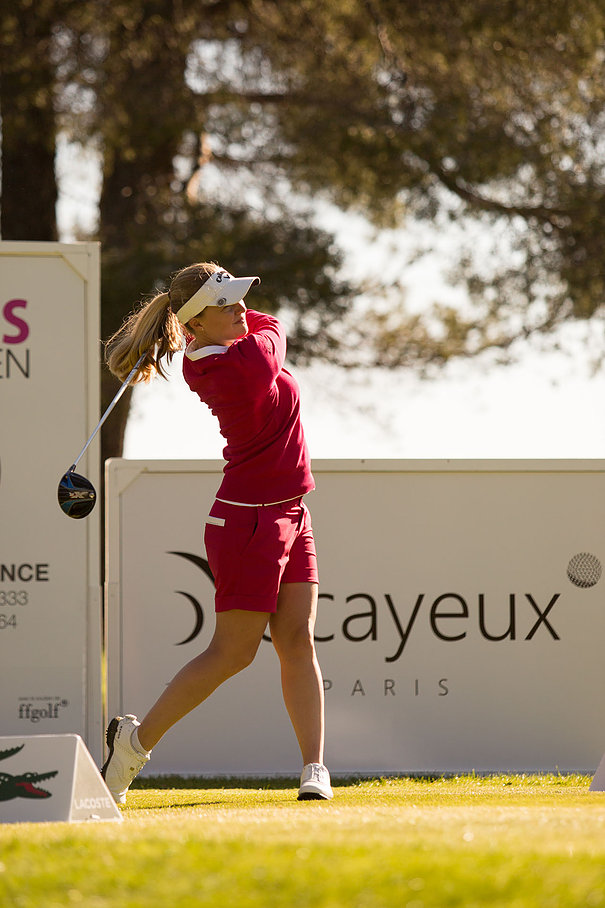 Its been a while since I gave you an update and a few tournaments have past… This year I have a full status on the Ladies European Tour but because of a small schedule I am combining the main tour with the Let Access Series. The first tournament on European ground was in France at Terre Blanche where I finished T31. Unfortunately, the last round got cancelled due to strong winds. Next up was the European tour event in Morocco where men and women play at the same venue which is good for us because that gives us some more media attention. Overall had a good tournament and finished in the the Top 30, one bad round held me from finishing higher up.

Back to the Let Access event in Gams. Lots of positives to take from the tournament because my game was not the best but I managed to score well. Although I played well, I still finished T37 because the scoring was exceptionally low.

Next up was the Jabra Ladies Open in Evian in France. This one was special because it was a dual tournament ( European tour and Let Access) and also a qualifier for the Major Evian Championship. This wasn’t my week, you have to be on your A game on this course and that wasn’t the case.

The next couple of weeks are going to be intense. First, I saw my coach to get ready for the next stretch of tournaments that are coming up. Finland was first last week were it was very cold only 8 degrees and lots of wind. It was a little up and down but finished top14, but it could have been a lot better.

As you can see I am going to be quit busy for the next few weeks but I am looking forward to playing all the events and getting some good results.

After all the travels and tournaments I will come back to you with another update.

Talk to you soon