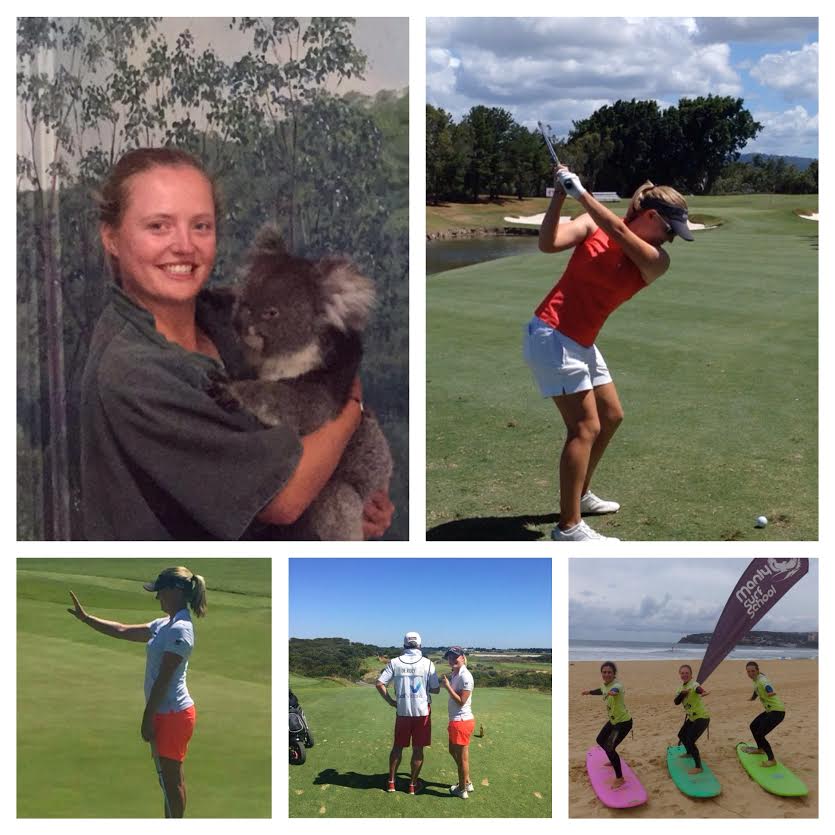 My time in Australia is coming to an end, I don’t even know where I have to start. The last two months here ‘down under’ were incredible. I got to play golf on great golf courses in the most beautiful conditions, met a lot of new people and made some new friends from all over the world. Also, i got go visit some very nice places (Sydney,Melbourne, Christchurch, Adelaide, GoldCoast). Experienced my first earthquake in New Zealand and of course I hold a Koala 🙂

I started here in Australia playing pro ams around sydney in the hope to qualify for some of the bigger tournaments, that included some LET events as well. Of course, I was hoping to play all of them. After the pro ams ended at the end of January I knew I qualified for the Victorian Open in Melbourne where I made the cut and was T37. Also, i was pretty sure I was going to play in New Zealand Open ( Christchurch) where I also made the cut and was T41. After that I went back to Australia (Adelaide) for the Australian Open where I had to play a qualifier to get into the tournament. Unfortunately, I just missed it by a couple shots. Because of the cuts I made in the Victorian Open and New Zealand I was able to get into the RACV Masters in GoldCoast. This was my last tournament in Australia where I finished T43. I was very lucky to stay in host families during most of the tournaments in February.
Thank you so much for hosting me in Victorian Open (Brian & Mim), New Zealand (Malcom & Trish) and Australian Open (Scott & Belinda).

I am proud to say that i am happy with the results in those tournaments and feel very confident about my game. This was definitely a good start to my season and a good preparation to start my season on the LetAccess in Europe.

This year the main focus will be on the LetAccess because of the status I have right now. I am able to play a full season on the LetAccess and get high up in the ranking to get my full card for next year. Of course I want to play on the LET but this year will be very hard to get in to the LET tournaments. Hopefully, I will get some invites so I can maybe finish in the top 120 so I don’t have to play pre qualifier or even in the top 80 s I can have my full card on the LET for next year.

I am looking forward to the season in Europe to start off with Terre Blanche, which is a a beautiful golf course in the south of France.

I will keep you updated throughout the year with results and the progress i am making,