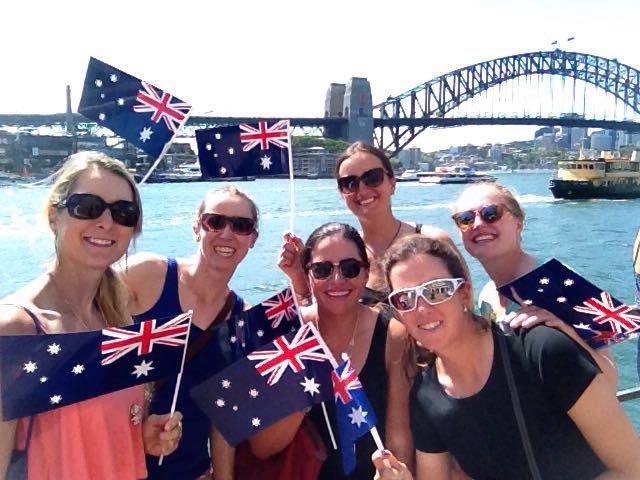 The first part of my journey in Australia is over.
I played a series of pro ams all around Sydney and played some beautiful golf courses. The format of the pro ams was a 2 best of 4. I had fun playing with members of the host clubs and sponsors, all very nice people. Some of them even offered me a place to sleep.

During the tournaments I mostly stayed at host families. I think it is a lot more fun and cheap at the same time. You get to know the area and I meet some very nice people on the way. Thank you Doug and Maddy (Moss Vale & Mt Broughton), Phil and Lyn (Castle Hill and Pennant Hill) and lastly Greg and Maddie (Long Reef) for your hospitality.

The level of play in these pro ams was quite high, much higher than the letaccess. Playing under par was not good enough to win, you had to play some very low scores to get a win or even a top 10 finish. And so I played some very good rounds to finish within the Top 20 nearly every tournament, with a best finish of T8 at the 2016 North Shore Ladies Pro Am. I even had a chance to win after shooting my career best 67 (-5) at the Mt Broughton Ladies Classic, but a disappointing second round of 79 (+7) left me in a T18th place. Anyway, I’m very happy with my performances up to now.

My goal was to get some ranking points on the ALPG so I could qualify for the bigger tournaments in February. And that’s what I did!! I finished high enough in the ranking to qualify for the Oates Victorian Open in Melbourne and the ISPS Handa New Zealand Women´s Open in Christchurch (NZ). Two more tournaments after that, the Australian Open, for which I have to play a qualification round, and the RACV Ladies Masters.
Depending on my results the next 2 tournaments and my current ranking I will be able to play in that last tournament. Fingers crossed…

I am looking forward on playing all those events and travel around Australia a liitle bit more. Of course I try to do some site seeing as well if we have days in between tournaments. After the last pro am in long reef for example we had a couple days off so we went to Manly and did some surfing and hiking. I leave for Melbourne on January 30th so until then it’s time to relax and enjoy Sidney.

Talk to you soon…