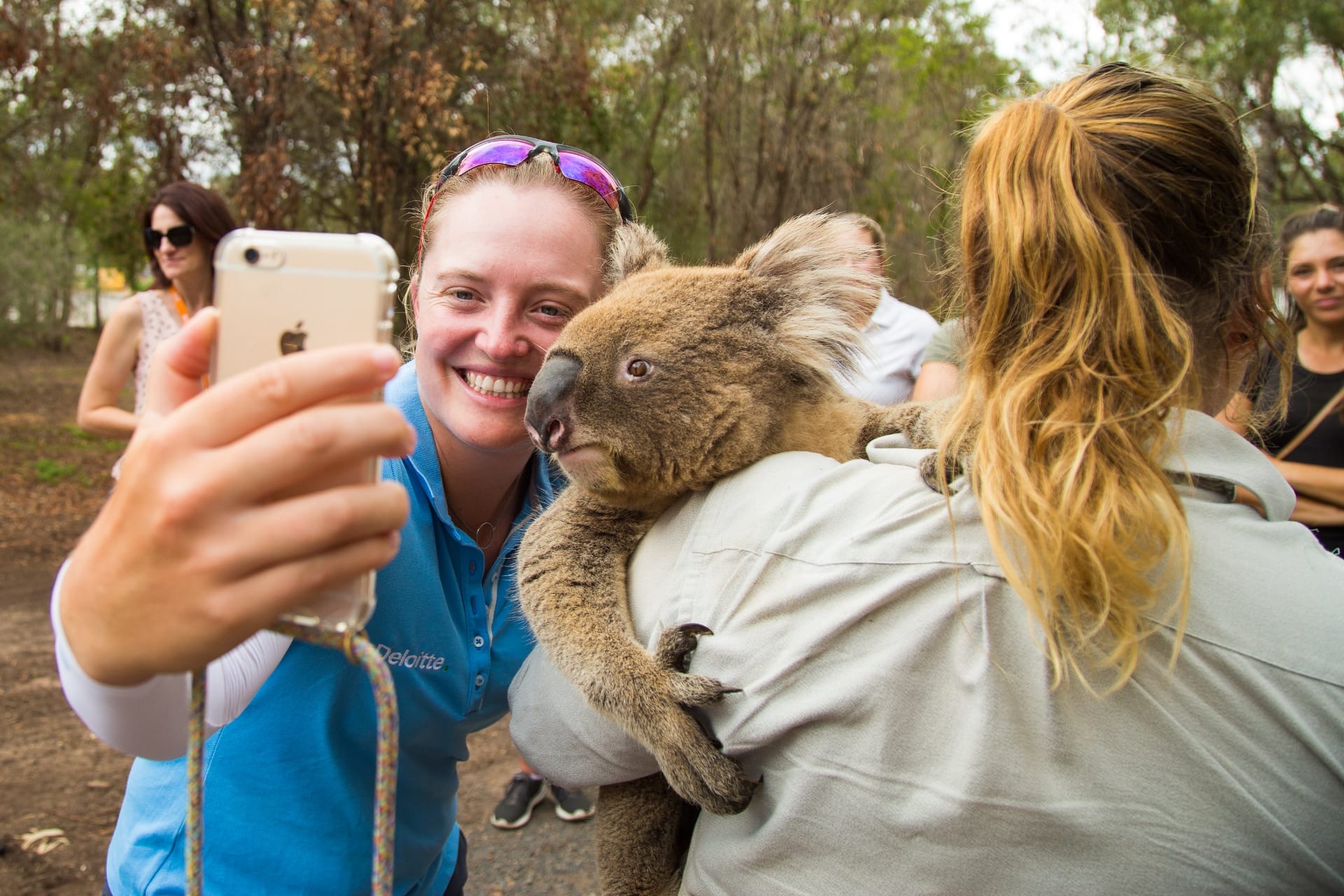 Hello friends, I am here again!
On January 23, I left for Australia as an annual habit to hibernate, to take advantage of ideal training conditions, and to stay in competitive rhythm by playing on the ALPG Tour for 2 months.
This year it was a bit scary and interesting with all the forest fires. Thanks to my ranking last year, I was able to participate in all competitions, including the Vic Open and the Australian Open. Two competitions that were counting for the LPGA and where the top of the world would participate.
I started very well. The first pro-am competition I participated in, the Aoyuan International Moss Vale Pro-am, I won with a score of 71 – 69 and two play-off. holes against Dotti Ardina. On the second pro-am, The Ballarat Icons, I finished fourteenth with two rounds of par.
Then it was time for the big tournaments. The ISPS Handa Vic Open at 13th Beach Golf Links near Melbourne. A tournament that falls under the LPGA Tour and attracts the best players in the world. So, I was able to compete along side Hee Young Park, Su Oh, Minjee Lee, Christina Kim, Inbee Park and more of those top players. The tournament is played with two cuts. I just made the first cut with 72 -70 but missed the second one thanks to a 74. All in all, not so bad between all those players.
Then the Australian Open at Royal Adelaide golf club. Unfortunately, I missed the cut with 1 stroke. Very annoying.
Followed by two tournaments on the LET. The first was The Geoff King Motors Australian Ladies Classic at Bonville Golf Resort. A great course in Coffs Harbor. I finished ninth and felt ready for the last one of my down under adventure.
The last tournament was The Woman NSW Open at Dubbo Golf Club, about 500 km from Sydney. A very difficult course (narrow fairways and heavy rough). I started strong with a round of 71 and quickly placed myself in the top 10. The second day I posted a superb round of 64 (-8 with 2 eagles and 5 birdies) and a new course record. I was suddenly in the lead. Everyone thought, “she can’t do that twice.” But yes. Another round of 66 in the third round and I started the last round with 5 strokes ahead of the second, the Swedish Julia Engstrom.
I started the final round with full courage for my first win on the European Tour, but it went wrong on the second nine. A few misses on crucial holes and a very strong Julia killed me.
I became second. All in all a super performance, but still a bit upset and angry when you’re so close to it. This has happened to a couple players in the past but that’s golf for sure.
All in all, however, I am super happy with my Australian performance. I have climbed up another 70 places in the world ranking and I am now at No. 216. Also, i am currently 2nd on the Order of Merit and the race to Costa Del Sol and moved from 50 to 46 on the Olympic ranking.
So, it all looks promising. Still disappointed about my missed win, but I’m a fighter and I’ll be knocking soon on that door again.
Than I went quickly back and forth to Belgium. Arriving on Tuesday morning and Sunday evening departing for South Africa for The Investec South African Open at West Lake Golf Club in Cape Town. I didn’t start very good but i fought back and finished T4.

Its sad to say but South Africa was the last tournament for a while because of COVID-19 that is affecting the whole world. For the moment a lot of tournaments have been postponed or even canceled so hopefully we will be competing soon. The first tournament that is scheduled right now is the Jabra Ladies Open from 18th-20th of June. But we just have to wait and see what the future brings.

In the meantime, i keep myself busy. I am still able to go to the golf course every day because of a special exemption I got from Sport Vlaanderen. Besides that i go biking a lot and spend some more quality time with my partner.