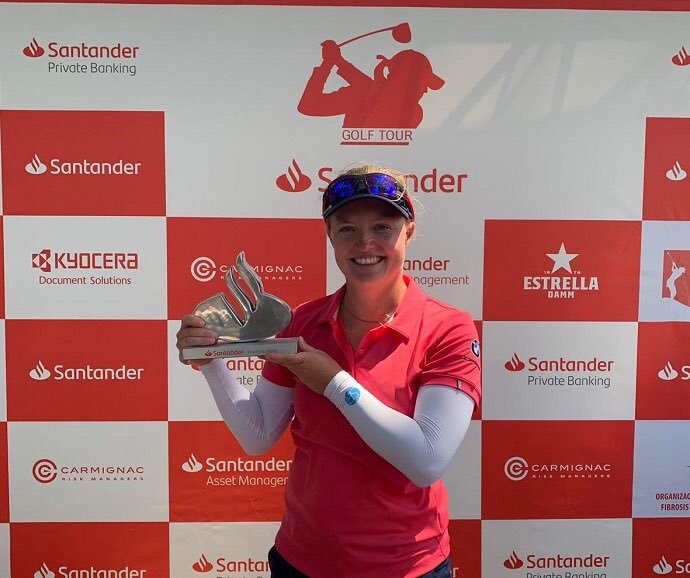 The season is halfway. Time to give you an update, because the last one was since my trip to “down under”. A lot has happened since than.

As you might know, these are my goals for this year:

Because there are not too many tournaments on the Ladies European Tour I am playing a mix between LET/LETAS tournaments to fill up my schedule and to reach my goals.

After coming back from Australie and South Africa end of March I started the European circuit at Terre Blanche in the south of France. With scores of 69-75-72 I finished 6th in the tournament. Next up was the first LET tournament in Morocco. Unfortunately, with scores of 73-81 I missed the cut by one shot. After that, I played on the LETAS the VP Bank Ladies Open in Switzerland, which was a strokeplay combined with matchplay event. I finished 4th with scores of 68-74 and won my two matchplay matches on the last day. Up to the next one at the spectacular course in Sotogrande, La Reserva. The first round I put too much pressure on myself because I wanted to play good which resulted in a score of 82. The second round was much better in tougher conditions and played par but it wasn’t good enough to make it into the weekend. “Another learning experience”
Then I went to play the Jabra Ladies Open at Evian, on the same course where they play the Evian Championship. The Lavaux ladies championship was across the lake Geneva where I played pretty solid and finished T29.
After a short break at home I travelled in June to Thailand. Very hot and steamy but happy with the way I played and finished T26. Straight after, I had to get home because the Belfius Ladies Open was starting two days later at Cleydael. Playing for home crowd is always nice and love when people come to watch me play. I finished T20 and was the best Belgian with scores of 74-72-71.

Next up was a new format between LETAS and Alps Tour. A tournament where women and men play together on the same course for the same prize money and the same leaderboard. At the Saint Malo Mixed Open I was leading the tournament after two days with scores of 67-64.
After 4 rounds I finished 3rd and first women ( with 9 shots ahead of the second women), with scores of 67-64-69-70 (-18) and a lot of media attention 🙂

The good form was still there. A week later it was that time. I won the Santander/LETAS in Valencia at the incredible Golf the Escorpion. It was a battle from the first to the last shot with the experienced Spanish player Carmen Alonso. We played together every day and at the end I won with one shot ahead with scores of 68-71-72(-5).

“So far so good” but the road is still long.
After a club fitting in London I went to play the British Qualifier. I was so close in making it an played so solid the whole round but unfortunately I doubled my last hole. This was a hard pill to swallow but lots of positives to take from and to move on to the next one. I was hoping I was going to get to play the Scottish Open this year, I was second reserve for a long time and didn’t get in.

A new tournament happened this year the ISPS HANDA World Invitational in Ireland. This was a tournament together with the challenge tour. A mixed tournament between woman and men for equal prize money on two different courses. I started very strong and was leading together with home player Stephanie Meadow after two rounds. Didn’t play my best golf on the weekend but still satisfied with my performance.
Still having a couple tournaments on the LET and I might play a couple on the Let Access but we will see.

I want to thank all of you for your support, without you this would not be possible for a female professional golfer.

Talk to you soon with more updates